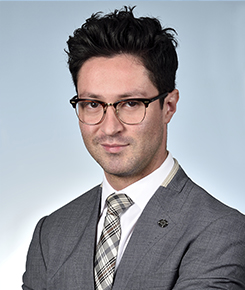 Lander is Senior Underwriter for “Armour Secure Insurance & Escrow” before known as “Fidelity National Title de Mexico” a wholly owned subsidiary of Fidelity National Financial (NYSE: FNF). Prior to joining Fidelity, he was an Underwriter for Zurich Insurance Company Mexico in the Global Casualty department for 1 year. His determination and abilities made him grow in the Real Estate Industry in a short period of time, giving him responsibility for analyzing titles to real estate transactions and underwriting insurance policies worth millions of dollars each as to Mexico, and Latin America and the Carribean.

Prior to entering the Real Estate Industry, Lander began his career in the insurance industry in the year 2009 at Mapfre Insurance Company, Mexico where he was part of the Legal Department internship program held at the corporate headquarters, giving him this the exposure he needed to develop himself in the Insurance Industry and, after obtaining the exposure and skills he needed he then Joined First American Title Insurance Company where he spent 2 and a half years as an underwriter for title insurance.

Lander has also worked in one of the most prestigious Real Estate Law Firms in Mexico; Ramos & Cobo, S.C., where he spent 1 month as a secondment from First American Title Insurance Company.

He received his bachelor degree in Law from the Universidad del Valle de Mexico. His studies also included a 6 months professional practicum in international banking law at the European University of Madrid in Spain.

Armour’s Senior Management has wide experience in the insurance industry.

Armour's senior team has more than 100 years of management responsibility .